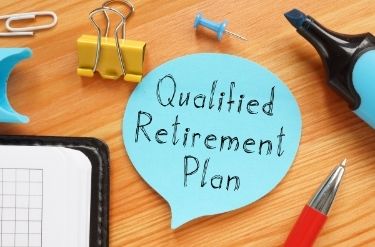 Collective Investment Trusts may seem similar to mutual funds, but they are inherently different in many important respects. While mutual funds allow a broad spectrum of account holders to trade in their funds; (retail, qualified, and non-qualified retirement plans, charitable organizations, trusts, etc.), CITs are only open to qualified retirement plans. While CITs are giving mutual funds a run for their money, there are several roadblocks and vulnerabilities that need to be cleared for CITs to reach their full market potential.

Issues arise when CITs allow trades from non-qualified plans to come into the trust. There have been reports of IRA’s or VEBA’s attempting to invest in a CIT, which could cause a CIT to lose its qualification. Unauthorized activity is the bane of the CIT investment world. However, there is a path to remediating this issue.

Many trust companies do not allow trading in an omnibus account (where multiple plans have their CIT trades rolled up and traded as a single trade) but only allow trading at the plan level. The reason for this does not have to do with fiduciary or trust issues; instead, it is because the trust has to verify all shareholders in the CIT are qualified plans. A single omnibus account on the trust’s TA system does not provide that transparency and would thus require an additional layer of position reconciliation of the sub-account position holders with the omnibus position.

Delta Data believes a centralized repository of the daily position balances held by retirement plans in CITs would help facilitate the daily reconciliation process, both for the trust company and the plan recordkeeper/custodian. We support a similar repository of retirement plan participant trades to help plans comply with 22c-2 requests from fund companies. In our model, recordkeepers upload all their participant trades to a portal, and when a fund makes a 22c-2 request for detailed trades, the portal automatically retrieves the requested trades for the account and time period requested and remits them back to the fund via the DTCC’s SDR files. It is a hands-off, automated process, not dependent on manual human intervention.

In this model, recordkeepers/custodians upload the identification of all their CIT shareholders along with their position balances as well as any plan positions held in omnibus accounts at the trust to a centralized portal on a daily basis. This enables bank trusts to receive an automated daily download of the fully disclosed and/or sub-account plan holders and their positions in their CITs. The simplicity of the model lies in the utilization of one format for uploading and one format for downloading through a secure, encrypted network. This system works for 22c-2, and it can work for CITs as well. This could easily be expanded to allow the trust companies to upload their fully disclosed and omnibus CIT positions and have them automatically reconciled with the positions from the recordkeeper/custodians.

Delta Data’s proposed system adoptions could help open up CITs to more omnibus account trading, which would satisfy a demand being made by larger recordkeepers/custodians. CITs are outpacing mutual funds as investments in retirement plans, meaning that accommodating omnibus trading will become a vital need in the near future. A centralized account reconciliation service can act as a catalyst for additional CIT growth.

Delta Data’s annual CIT survey will be published in June 2021.