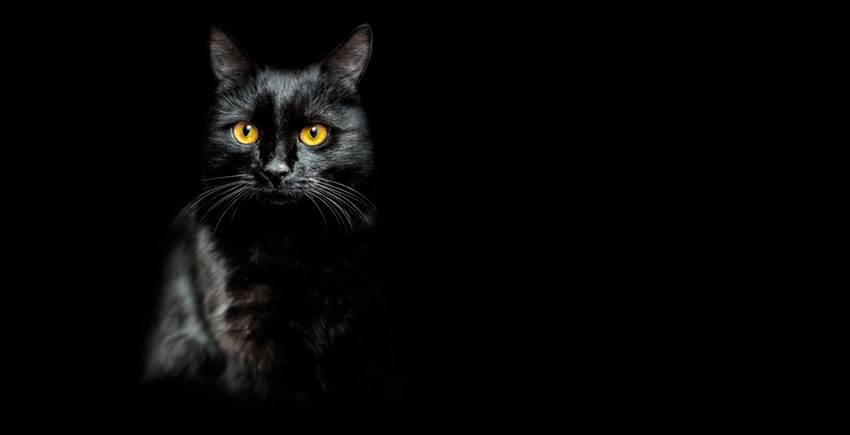 The phrase, “knowledge is power,” takes on a special meaning when a paucity of knowledge leads to potential issues that leave a company fumbling around in a dark room, looking for a black cat, only to be saved when someone turns the lights back on. When Mutual Funds companies’ clients started moving away from trading in fully disclosed accounts to consolidated omnibus accounts, they lost their ability to monitor their fund trade activity. Compliance with prospectus defined rules became impossible to monitor and data became the black cat in the black room. However, due to market demand for more than summarized trade activity, transparency has reemerged within omnibus accounts. How this happened, who it impacted and what has been done to remediate the problem is the focus of this week’s journey into the fund industry’s Twilight Zone.

On March 11, 2005, the SEC adopted Rule 22c-2 under the Investment Company Act, to address abuses associated with short-term trading of Fund shares. Omnibus accounts at the Fund were really taking off at the time, and the SEC decided to intercede. Prior to the rule, the funds did not have access to the individual or participant level trades occurring on the firm’s platform inside omnibus accounts. Consequently, it was difficult if not impossible to see if the firms were enforcing the fund’s short-term trader rules. Rule 22c-2 allowed the fund to request the underlying trade data from a firm for a specific account/security identifier and for a specific date range.

The ICI and the DTCC created various committees to define and establish standardized formats as well as Best Practices for requesting and receiving data via the DTCC. The ability to request and receive the underlying trade data in an omnibus account gave the funds the transparency into the account to look for market timing abuses. Most 22c-2 systems had analytic processes that ran on the omnibus level trade data in the TA system and looked for aberrations in trading activity to determine if the fund needed a deeper dive into the underlying trade data. Think of it as sampling the data. Sometimes it caught market timers and sometimes it found nothing. Regardless of its effectiveness, this was perhaps the first industry initiated step towards omnibus transparency.

The next big advancement in omnibus account transparency came not from the fund industry but the computer technology industry. The sub-accounting systems and 401(k) recordkeeping systems, contain hundreds of millions of trades. After the SEC Rule 22c-2 had been passed, Delta Data built a 22c-2 application. During the design phase, we were extremely concerned with how much storage we would need to store all these shareholder level records that required analysis. We estimated that the database could be as large as 20 terabytes, and that was pretty frightening as we had never dealt with a database that large. Since the amount of storage could vary so much between a small fund and a large one, we decided to add a metric to our billing to take into account how much computer storage space was used.

Ten years ago computer storage was not cheap. Today, when we purchase additional storage for our data center, we buy it in increments of 10 terabytes! Not only is storage much cheaper, but it is also much faster, especially when using solid state drives rather than spindle driven drives. The lower costs of data storage and increased speed in accessing that data has helped move omnibus transparency to its current state, and that is all the data all the time. Why just sample shareholder data when you can analyze all the underlying data? Why just look for market timers when you could also be looking for prospectus violations?

What’s on the Horizon

Remember the line from the Six Million Dollar man: “we can make him better;” this is exactly what happened with the industry. There was a problem, it was fixed and now it is more powerful than ever, in terms of data. Fund companies have access to “all the data”, and the costs to store that data are minimal, so suddenly the Six Million Man costs a million bucks and has the same feature set, but is “all the data” what fund companies really want?  What does that imply from the SEC’s perspective? Who is accountable for prospectus violations on sub-accounts within omnibus accounts? I don’t think any fund companies want to start doing shadow recordkeeping. Let’s face it, fund companies pay out a lot of money to their distribution firms to do “sub-TA” accounting, which includes their complying with the prospectus rules.

The answer lies in choosing the right candy at the shop, and it all depends on a fund’s specific sweet tooth. Some items can be reviewed by just looking at the individual trades where there are no dependencies on other data, such as minimum initial or minimum subsequent purchase amounts. Systems can easily scan the detail sub-omnibus trades to look for these type of trade level prospectus violations. Other items are more difficult without doing full shadow recordkeeping, such as CDSC fee calculations where a fund needs to do share- lot accounting. So access to all this data must be selected based on individual need. In other words, because it’s on the plate you don’t necessarily have to eat it.

Systems must evolve over time to accommodate the needs of the users, as well as to take advantage of improvements in the technology. Omnibus transparency is a great example of how industry standardization and improvements in technology are changing the way fund companies perform oversight on their omnibus distribution firms. Utilizing this data, for a fund’s specific needs requires the right lens, and sometimes that comes from outside the company. When so many options now exist, choosing the right path saves time, money, and groping for a white cat in a white room.

For a no-obligation assessment of your fund’s data needs, contact Delta Data.