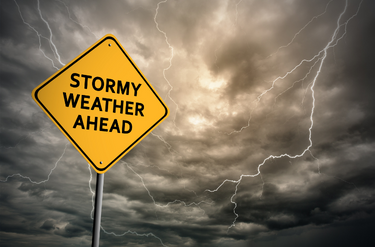 If the word out of Washington is any indication of the weather, we’re in for a stormy time, with a one-eyed skipper looking for the horizon. Recently Congress proposed taxing of in-kind exchanges inside of ETFs to help fund their 3.5T budget package. Online publication Ignites recently ran an article on the proposal and cited ICI President and CEO Eric Pan. They pointed out that this tax change would affect tens of millions of Americans who invest in ETFs. Pan states that Biden promised not to raise taxes on families that earn less than $400,000 a year, and the Senate’s proposal would do just that. This is a bad idea for many reasons.

A law professor at Fordham University, Jeffrey Colon, counters Pan’s argument by stating that the ICI’s data is misleading. He says that the median ETF-holding household has about $929,000 in wealth and that for lower-wealth ETF investors, there are options to avoid the capital gains tax. Colon also points out that investors who hold ETFs in retirement plans will be exempt from the capital gains.

I tend to side with the ICI. Millions of Americans will make less than $400,000, and these “average American investors” hold ETFs and will be negatively affected by this proposed change. But this is just the beginning of the problems with the Senate’s proposal.

Congress has a bad habit of accelerating taxable events to generate taxes today that would ultimately provide the same tax revenue over time. The problem with this approach to raising taxes is that this acceleration is usually accompanied by costly accounting and administrative provisions that are a drag on the efficiency of commerce. An excellent example of this occurred with the Tax Reform Act of 1986, which passed when I was still in public accounting.

Congress, in their wisdom, added code section 263A to the already voluminous tax code, which required firms to capitalize their indirect cost associated with inventory. Some excessively complex tax provisions cost companies untold millions in accounting, reporting, and auditing fees that basically just defers certain expenses from the current year to the next year and have been going on for 35 years now. In hard dollars and nonsense, this tax code change only generated new revenue for its first implementation. The following year, those expenses that were pushed out would now be recognized as a deduction against that year’s deferral, so no new revenue. We have had 35 years of added costs that will most likely never end, as that would cause a reduction in taxes for the first year it is repealed. Hence the problem with these accelerated tax provisions in the code, you can’t get rid of them.

One of the critical reasons investment managers use the structure of an ETF rather than a mutual fund is to leverage the ability to exchange securities between the investment manager and their APs (authorized participants) without incurring a taxable gain on the exchange transaction. But this does not mean that the gain has forever escaped taxation. These “untaxed” gains will increase the price or value of the ETF so that when a shareholder of an ETF sells those shares, that gain will get taxed.

Congress indicates in their proposed change that this will generate $205 billion over the next decade. I am always suspicious of these calculations, whether it be future revenue generated from a tax law or the cost-benefit analysis of proposed SEC rule changes. In 2004, the SEC proposed a rule change called “Mandatory Fees for Redeemable Fund Securities’, which later became Rule 22c-2. In their cost-benefit analysis, they made a colossal error($278 million a year)  which I caught and reported in my comment letter to the SEC. They never admitted their mistake, but in the final rule, they changed their numbers, and surprise, they lined up much closer to what they should have been had they done their math correctly, to begin with.

So, in the estimated 205 billion in new revenue over ten years, did they account for any ETF sales where shareholders would have paid capital gains tax under the current law? I am sure they have not factored in the additional administrative cost incurred by passing these gains on to the shareholders. The passing through of capital gains to shareholders in a mutual fund is difficult enough. Shareholder balances are only calculated at the end of the day, so shareholders at the end of the day on record date get tagged with the pass-through gains. ETFs, on the other hand, are traded throughout the day. So, if I sell all my shares on record date and thus have no balance at the end of the day, do I escape the pass-through capital gain and thus avoid the taxes? My point here is this. The investment managers will incur additional costs to calculate the realized gains and then get them passed through to the appropriate shareholders of record. Have these costs been factored into the 205 billion in new revenue? I sure would like to see how they arrived at that 205 billion increase in taxes.

But let’s say this proposed tax change is passed. What is the ultimate effect on revenue? Rather than the ETF reflecting a higher value due to not having any gains passed through, the taxable gains will be passed through to the shareholder, who will pay the tax, just like a pass-through of gains from a mutual fund. But this means that the gains the shareholder paid taxes on will now be added to their cost basis in their shares. See my recent blog on taxation of mutual funds versus ETFs.

So, when shareholders ultimately sell those ETF shares, the gain and thus the taxes will be reduced. When you factor in the increased costs of calculating and passing through these gains, we are close to the same net revenue without this proposed change.  Those gains are getting taxed now; it is just the timing of when they would be taxed that would change. Factor in the increased administrative cost, and it is just a bad idea.

Since this proposal is just a draft at this point and has not passed Congress, there is no OMB cost-benefit analysis of the proposed change. If this proposal ever makes it that far, then let’s hope the OMB cost-benefit analysis will show the flaw in the Senate Finance Committee’s thinking and reasonable minds prevail and it dies on the floor along with other bad ideas.