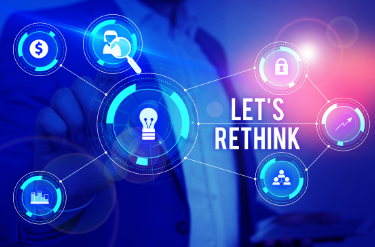 Recently FT Wealth ran an article titled “America’s Rich Have Another Reason to Quit Mutual Funds,” which got me to rethink the whole “revolutionary” concept of selecting ETFs over Mutual Funds for a myriad of reasons, with most roads leading to the IRS.  The thesis of the article was based on the fact that mutual funds must pass through any capital gains (and the corresponding tax liability) to their shareholders to prevent taxation as a registered investment company. The article highlighted the benefits of owning ETFs over mutual funds in non-tax deferred accounts as the structure of an ETF generally does not create realized gains that must be passed through to the shareholders. And while this is all true, I would like to take a slight contrarian view to this look at the tax benefits of an ETF over a mutual fund and point out a few things the author left out of his argument.

First, let’s discuss the taxation of mutual fund distributions. To maintain its tax-exempt status as a registered investment company, a mutual fund must distribute approximately 90% of its realized gains and losses during the year. Even if you have not owned a mutual fund for the one-year holding period required to report a long-term capital gain, if a fund distributes a long-term capital gain, you will be able to report that on your tax return as such and receive more a favorable tax benefit (under current tax law) than if it were a short-term capital gain. But even more important, any tax you pay on distributions from the mutual fund, be it long-term, short-term, or a dividend, if the distributions are reinvested back in the fund (and most are), then you have just added to your cost basis in your shares. So, all those distributions you reinvested (and paid taxes on) add to your cost basis and thus reduces the capital gain taxes you will pay when you do sell the shares of your mutual fund. Think of it as paying some of your capital gains tax in advance of the sale of your shares.

If you had purchased an ETF and a mutual fund at the same time for the same amount and then sold them for the same amount after three years, the total capital gain you ultimately pay taxes on is the same for the mutual fund as it is for the ETF. It is just that you would have prepaid some of the capital gains tax on the mutual fund in the years leading up to the sale if the fund had realized gains. There is a time value of money cost on prepaying some of the tax but if capital gains tax rates increase (as the current administration is proposing), then you would have benefited from paying some of those taxes at a reduced rate in prior years.

The other aspect to consider when comparing mutual funds to ETFs is the performance of the investment and the variety of the investments available. Most of the ETFs on the market are tied to indexes. The reason for this is that they are easy to create and cheap to run, a computer can do the investing rather than a portfolio manager. ETFs are also based on indexes and must disclose their holdings daily, so it would be easy to front-run or mimic a portfolio manager’s strategy by looking at the change in their holdings each day. A mutual fund, however, is only required to disclose its holdings quarterly, even though some disclose more frequently.

Historically, ETFs have not been actively managed because the portfolio manager did not want to disclose his secret sauce by having to reveal the ETFs holdings every day. But if you want to do better than an index, that is generate Alpha, then you need an actively managed portfolio. ETFs are catching up with mutual funds in this area now with the advent of the non-transparent or semi-transparent ETF. These relatively new developments either obfuscate or delay the reporting of the underlying securities in the ETF, thus keeping the portfolio manager’s secret sauce secret. But in the current marketplace, the number and variety of actively managed mutual funds to choose from are much greater than there is for ETFs. But ETFs are gaining ground as more and more of these non-transparent ETFs are being created.

At some point in the future, we may very well see ETFs take over mutual funds as America’s favorite investment vehicle. But it will probably be based more on the fact that an ETF is just less expensive to operate than a 40 Act mutual fund. If an ETF can deliver the same return as an actively managed mutual fund but can do it cheaper, then the ETF will win the day.