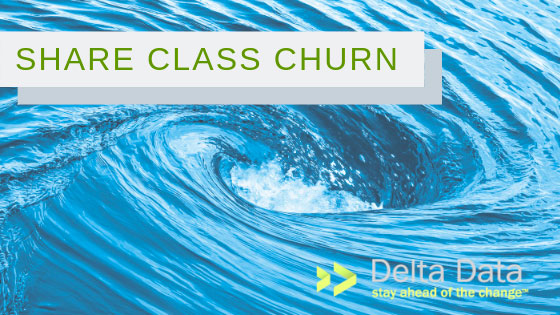 Product rationalization has been at the forefront of the mutual fund industry over the last few years. As a result, share class “churn,” which ramped up starting in 2016, is on pace to continue as managers add and replace share classes that better fit the current consumer demand.

Of the launches, 70% are categorized by Lipper as institutional, as the industry continues to adjust to demand generated in the run-up and eventual death of the now-defunct DOL fiduciary rule.

The aftershock of the fiduciary rule’s death is also a primary driver for liquidations, as T shares bow out of the market. Feedback from the fund companies at our recent client roundtable points to C shares as being next on the chopping block.

Launches, liquidations, and mergers are manual and time-intensive processes for most shops, which means operations are sure to be plenty busy for the foreseeable future. The good news is that technology is making this process easier.

It’s well known that the operational complexities of share class launches and liquidations/mergers represent a significant drag on the back office. In addition to the obvious complexity of dealing with hundreds of dealers in the distribution network, it’s an equally daunting task coordinating with all of their counterparties, such as fund accountants, transfer agents, and advisors. In other words, the hassle doesn’t discriminate, as counterparty communications are a pain regardless of whether it is with broker-dealers or with your own service providers.

In our experience, after the publishing of the event, an asset manager receives an average of 2-3 callbacks per dealer, per change (launch/liquidation/merger), and that’s just if the change affects the platform. There’s actually some back and forth if that particular share class doesn’t impact a particular platform since the broker-dealer is likely confused that they were included in a blast email about the change in the first place. Funds must then make sure they are communicating the changes to the proper counterparties who distribute or service the funds, which is something we’ve written about extensively in the past.

The average workflow for launching or liquidating a share class includes many steps and includes approvals from inside counsel, outside counsel, and the board of directors, as well as notifications, to transfer agents, fund accountants and record keepers (we outline this process in-depth here). Nobody can tell us on average how long this process takes because it’s a manual process with many one-off emails back and forth, but it’s safe to say that it’s probably best measured in weeks rather than hours.

As previously mentioned, it’s no picnic for the broker-dealer, either. To get a better picture of the strain on operations teams, consider the following example, based around some back-of-the-napkin match:

Cutting the time by even a quarter would mean a significant efficiency gain of at least tens of millions of dollars across the industry.

As the industry continues to react and adjust to market and consumer pressures, we anticipate share class churn to continue at its current pace, representing a massive drain on back-office resources. The opportunity lies in partnering with a firm like Delta Data to streamline as many processes as possible, and leveraging tools like FundBlast to reduce the amount of time and friction in the equation, allowing your teams to focus on higher-value tasks. Your distribution teams, broker-dealer partners, and other counterparties will thank you for it as well.